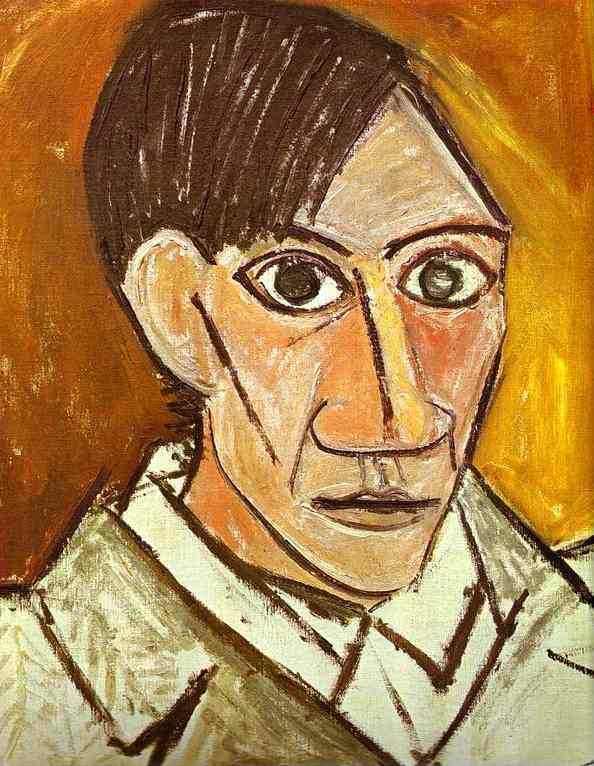 Picasso was Born Pablo Diego José Francisco de Paula Juan Nepomuceno María de los Remedios Crispiniano de la Santísima Trinidad on the 25th October 1881 in Malago, in southern Spain. Called Pablo Ruiz Picasso after his father and mother, Jose Ruiz Blaso and Maria Picasso Lopez, He later dropped his father's surname to become simply Pablo Picasso. Picasso's family was middle-class; his father was also a painter who specialized in naturalistic depictions of birds and other game. For most of his life Ruiz was a professor of art at the School of Crafts and a curator of a local museum. Picasso showed a passion and a skill for drawing from an early age. From the age of seven, Picasso received formal artistic training from his father in figure drawing and oil painting. Ruiz was a traditional, academic artist and instructor who believed that proper training required disciplined copying of the masters, and drawing the human body from plaster casts and live models. His son became preoccupied with art to the detriment of his classwork.

In 1892 the family moved to La Coruna, and a year after that Picasso was accepted into the school of Fine and Applied Arts there. As early as 1894, aged 13, he produced his first oil paintings, including portraits of his family, and in 1895, he began to exhibit and sell his work on a small scale. The same year Picasso's seven-year old sister, Conchita, died of diphtheriaa is a traumatic event in his life. After her death, the family moved to Barcelona, with Ruiz transferring to its School of Fine Arts. Picasso thrived in the city, regarding it in times of sadness or nostalgia as his true home. His father persuaded the officials at the academy to allow his son to take an entrance exam for the advanced class. This process often took students a month, but Picasso completed it in a week, and the impressed jury admitted Picasso, who was 13.

Barelona would be an important center for Picasso for the next few years. There he would make first artistic friendships and allegiance, with Manuel Pallares, Carlos Casagemas and Jami Sabartes. By the turn of the century Picasso had begun to associate with the artists and writers of Els Quatre Gats in Barcelona.

Picasso's father and uncle decided to send the young artist to Madrids Royal Academy of San Fernando, the country's foremost art school. In 1897, Picasso, age 16, set off for the first time on his own, but he disliked formal instruction and quit attending classes soon after enrollment. Madrid, however, held many other attractions: the Prado housed paintings by the venerable Diego Velázquez, Rembrandt van Rijn, and Johannes Vermeer. Picasso especially admired the works of El Greco and Caravaggio; their elements, the elongated limbs, arresting colors, and mystical visages, are echoed in Picasso's oeuvre.

Paris was the desired destination of these young artists, and in October 1900 Picasso made his first trip there in the company of Casagemas, with whom he rented a studio. Picasso visited the Louvre, and set up a contact with a Catlan dealer, Pere Manach, to act as his model. In early 1901 Picasso discovered that Casagemas has committed suicide in Paris. In May that year, he went back to Paris, moving into the studio of the sculptor Namolo, and in the autumn he created several haunting works in memory of his dead friend.