Ambroise Vollard and his legend 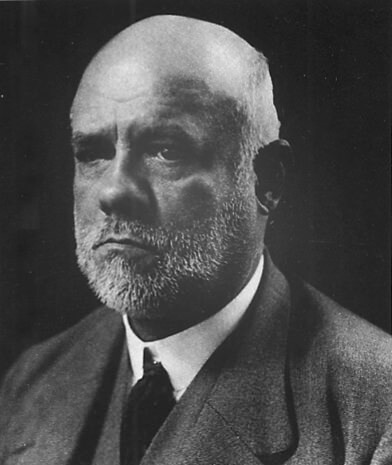 Ambroise Vollard was born on July 3, 1866 and grew up on the island of Réunion, a remote French colony in the Indian Ocean east of Madagascar. At age 19 he went to Montpellier in southern France to study law. Arriving in Paris at the age of 21 to continue his studies, he had few contacts and no credentials for the art world he was entering. Between lectures he often hunted through boxes of books, prints, and drawings in the stalls along the Seine River. Soon he stopped studying law and embarked on a career as an art dealer. Turned down for an apprenticeship by the dealer Georges Petit because he knew no foreign languages, Vollard worked briefly under Alphonse Dumas, who specialized in academic painting and who rejected Vollard's suggestion that he show the Impressionists.

Striking out on his own around 1890, Vollard struggled to earn a living, selling drawings and prints he had picked up cheaply from the stalls around the Seine. He had the shrewd idea of acquiring from widow of Edouard Manet a group of the artist's drawings and unfinished paintings, which he exhibited to rave reviews in 1894. Most likely as a result of this exhibition Vollard met Pierre-Auguste Renoir and Edgar Degas, and he began dealing the works of both artists. In September 1893, Vollard rented a small shop at 37 rue Laffitte in the heart of the Paris art world. He opened his art gallery in auspicious times: the 1890s witnessed the decline of the unwieldy state-sponsored Salon system, which was centered around large, annual exhibitions that were highly publicized. The Paris Salons, which favored conservative, academic art, had been the chief forum for the exhibition and sale of art for more than a century. This period also witnessed the rise of the commercial dealer. However, by the time Vollard began seriously dealing in art, the few dealers showing avant-garde painting - Père Tanguy, Theo van Gogh (at Boussod and Valadon) as well as Le Barc de Boutteville - had died. Throughout the 1890s and early 1900s, Vollard exhibited and sold works by Paul Cézanne, Gauguin, Vincent van Gogh, Picasso, and others, defining his position as a dealer in avant-garde art and shaping the reputations of those artists.

Vollard himself was full of contradictions and remains an enigma. Opinions about him differed widely. Some artists, like Henri Matisse, complained that the dealer exploited them, equating his name with the French word voleur, meaning "thief", Others, however, valued his loyalty and generosity. Cézanne was eternally grateful to Vollard for rescuing him from obscurity, and Renoir was a lifelong friend.

Extensive group shows were not Vollard's standard practice; he promoted artists principally through one-man exhibitions. The solo show, a form established in the mid-nineteenth century by Durand-Ruel, was an effective way to build an artist's reputation. Such a show attracted reviews in the press and was often accompanied by a catalogue with a text by a well-know critic. For an early one-man show in his new gallery, Vollard assembled the largest group of Van Gogh's works ever displayed. Although the exhibition contained such masterpieces as The Patato Eaters, and Wheatfield with Crows, it was not a commercial success. Unable to gain control of the artists's work as he had of Cezanne's, Vollard never again devoted an exhibition to Van Gogh, but later he observed "I was totally wrong about van Gogh! I thought he had no future at all, and I let his paintings go for practically nothing."

Subject to abrupt shifts in mood, Vollard was an amusing and articulate storyteller but often lapsed into morose silence. He was physically imposing but also known to be patient and gentle, qualities captured endearingly by Bonnard in A mbroise Vollard with His Cat. In short, Vollard escapes easy categorization, as illustrated in Picasso's multifaceted portrait of him.

The outbreak of World War I in 1914 forced Vollard and almost every other dealer in Paris to close their galleries. After the war the center of the Paris art world shifted to the area near the Champs-Élysées, and Vollard chose not to maintain a working gallery and promote new art but rather to operate as a private dealer from his apartment. He channeled his energies into commissioning and publishing artist's books.

By this time, Vollard was incredibly wealthy, and he made substantial gifts to municipal French museums. He was killed in July 1939, at the age of 73, on his way to Paris when his chauffer-driven car skidded off the road. Vollard died without direct heirs. Much of the art was left to extended family and close friends, although a significant number of works apparently were sold, dispersed, or disappeared during the war.

Like any larger-than-life figure, the myth of Ambroise Vollard does not always match the historical facts. Certainly, he had his limitations: he failed to appreciate the full potential of Matisse and Picasso, and ignored some of the major movements of his time, like Cubism and Surrealism. Yet he genuinely loved art and was personally involved with the artists he represented, displaying courage and persistence on the behalf of many of the greatest artists of modern times.